You can read more about how interesting windows in the Harris corner detector are selected.

Shi and Tomasi suggested that the function should be done away with. Only the eigenvalues should be used to check if the pixel was a corner or not.

The score for Harris corner detector was calculated like this (R is the score):

In their paper, Shi and Tomasi demonstrated experimentally that this score criteria was much better. If R is greater than a certain predefined value, it can be marked as a corner. Thus, the effect region for a point to be a corner is something like this: 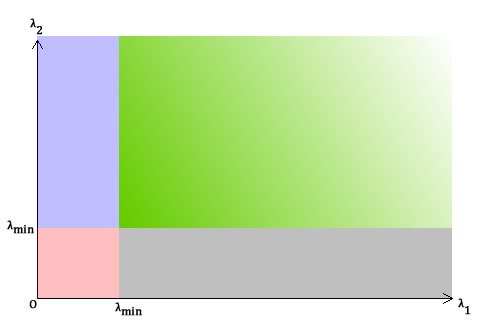