Technically, it is possible to "represent" random noise as a mathematical function. And that is exactly what a model is. The "distribution" of noise is based on probability. Hence the model is called a Probability Density Function (PDF).

Once noise has been quantified, creating filters to get rid of it becomes a lot more easier. In this article, we'll just be going through the various PDFs (probability density functions) and get acquainted with six different noise models.

Okay, the name sound scary. Terrifying maybe. But PDFs are simple once you understand their real meaning. Right now, I'll just try and explain the concept...

Consider the distribution of numbers below (I just made it up in 2 minutes):

Now here's the thing: The probability a randomly picked number (say x) lies in a range from a to b (a,b) is equal to the area of the curve between a and b.

If you take infinite random numbers, distributed as shown above, then:

These hold because the PDF satisfies some conditions. You could take an entire course at your university if you want to get into the mathematical details. So I won't go into the details here.

There are certain mathematical properties of the distribution as well: the mean and the variance.

The mean is roughly the "middle value" of the entire distribution. In the distribution above, the mean would be slightly shifted to the left (because of its skewed nature).

Mathematics of PDFs allows you to precisely calculate the value of the mean and variance. But again, we won't go into all those details. Just these ideas are enough for us to build upon our image processing and computer vision knowledge

The figure above shows two gaussian PDFs. Now, if they represent noise, what would it mean?

Considering the blue PDF: the mean value of the noise will be -2. So, on an average, 2 would be subtracted from all pixels of the image. You'll also have 7 being subtracted... or even 3 being added as noise. This is because the distribution extends of a broad range of values.

In the red PDF, the mean value is 3. So on an average, 3 would be added to all pixels. You'll see some pixels having 1 added or 5 added. But because the distribution isn't that wide, you'll see a narrow variation in noise. 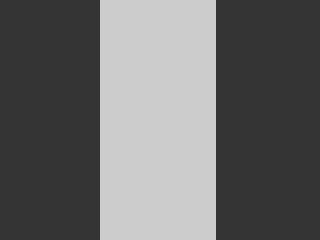 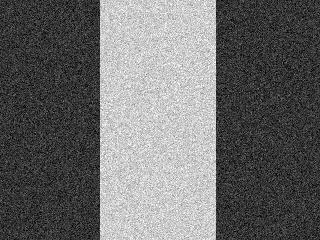 Above: The original image. Below: The image with gaussian noise. The histogram for each of these images is:

The upper image is the histogram for the original image. Because it has only 2 colours, there are just two spikes.

The lower image is the histogram for noisy image. When noise is added, notice how "gaussian-like" the histogram becomes. Each spike in the original image "turns" into something similar to a gaussian distribution. That is exactly the reason why it is called gaussian noise. It usually occurs in an image due to noise in electronic circuits and noise in the sensor itself (maybe due to poor illumination or at times even high temperature).

Also, this type of noise is called Independent noise. Thats because the noise does not have any relation with the actual image data. It just occurs randomly.

Just like gaussian, the Gamma distribution has a distinct PDF. Here it is:

Applying gamma noise to an image produces the following results: 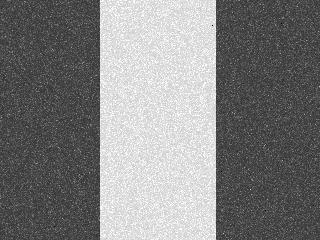 Again, here are the histograms:

Again, adding gamma noise "turns" the spike into a gamma distribution like thingy. Also, this is independent noise.

This tutorial is part of a series called Noise Models: