Real world objects are meaningful only at a certain scale. You might see a sugar cube perfectly on a table. But if looking at the entire milky way, then it simply does not exist. This multi-scale nature of objects is quite common in nature. And a scale space attempts to replicate this concept on digital images.

Do you want to look at a leaf or the entire tree? If it's a tree, get rid of some detail from the image (like the leaves, twigs, etc) intentionally.

While getting rid of these details, you must ensure that you do not introduce new false details. The only way to do that is with the Gaussian Blur (it was proved mathematically, under several reasonable assumptions).

So to create a scale space, you take the original image and generate progressively blurred out images. Here's an example: 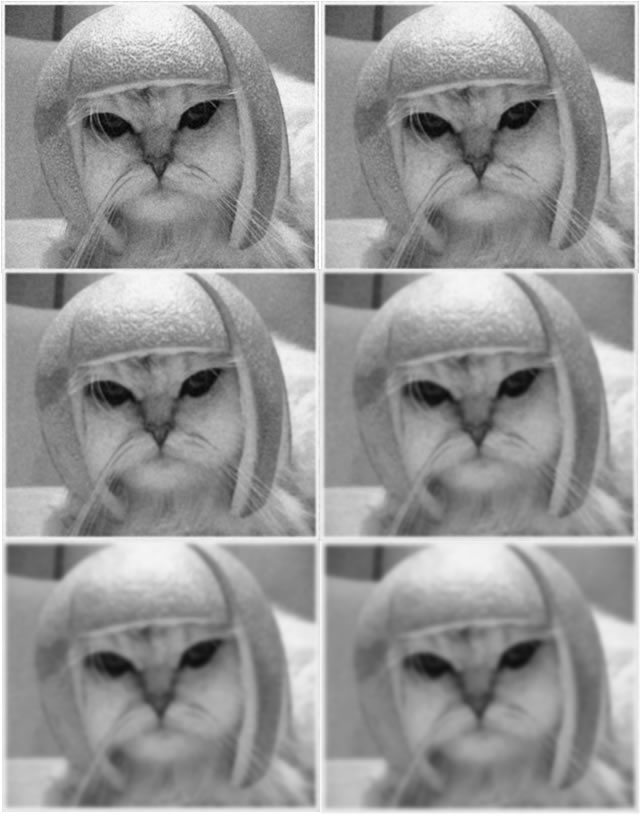 Look at how the cat's helmet loses detail. So do it's whiskers. 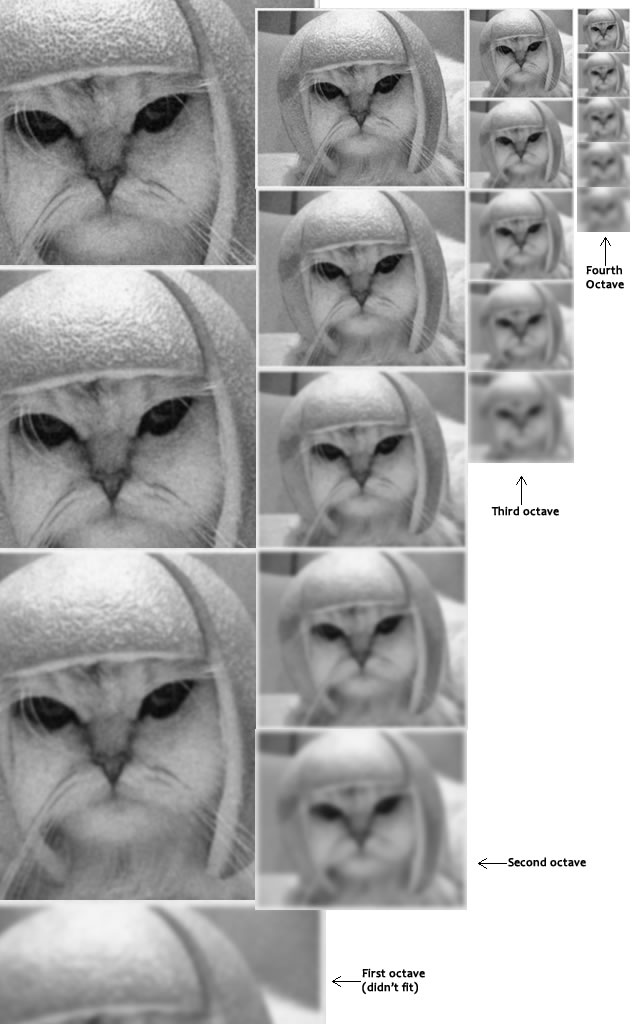 Images of the same size (vertical) form an octave. Above are four octaves. Each octave has 5 images. The individual images are formed because of the increasing "scale" (the amount of blur).

Now that you know things the intuitive way, I'll get into a few technical details.

The number of octaves and scale depends on the size of the original image. While programming SIFT, you'll have to decide for yourself how many octaves and scales you want. However, the creator of SIFT suggests that 4 octaves and 5 blur levels are ideal for the algorithm.

If the original image is doubled in size and antialiased a bit (by blurring it) then the algorithm produces more four times more keypoints. The more the keypoints, the better!

Mathematically, "blurring" is referred to as the convolution of the gaussian operator and the image. Gaussian blur has a particular expression or "operator" that is applied to each pixel. What results is the blurred image.

This is the actual Gaussian Blur operator.

This is a table of σ's for my current example. See how each σ differs by a factor from the previous one.

In the first step of SIFT, you generate several octaves of the original image. Each octave's image size is half the previous one. Within an octave, images are progressively blurred using the Gaussian Blur operator.

In the next step, we'll use all these octaves to generate Difference of Gaussian images.